My thank you to Steve Jobs 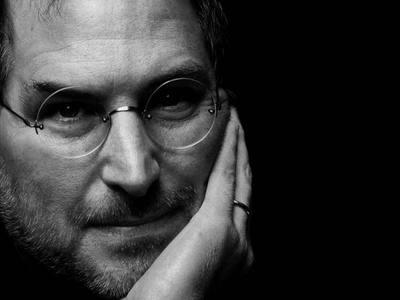 Our company runs on Apple. Our servers don't, but all of the machines in our office are Macs. There is just no way that I could have created this web system without Apple, not because of specs, or programs. All the programs I work in could just as easily been run on a PC. But I never would have used them if they were.

I came out of university with a philosophy degree and a strong desire to write a better song, and maybe do something good in the world. I had not used a computer in school - though some classmates had apple IIs, and one or two had a mac.

Once out of school, I took temp jobs while I tried to figure out what I wanted to do, and one of them was in a company that used macs for creating org charts, presentations and other printed materials. They also had a Xerox computer - a big screened monster on which Steve Jobs modeled the mac's mouse and windows architecture. It was a bear. I had no problem working with the macs, and gained a reputation as a 'computer guy' - even though I had no real computer experience. The mac was just so easy to get that I fibbed about my previous experience, showed up and was a sudden expert.

Going forward, I never really figured out what I wanted to do, though I spent some time in an early information technology company, and they were all over Steve Job's second project - the NeXT computer and Silicon Graphics machines. The company kept talking about ideas like TCPIP, UNIX and Lynx. I thought it was so much mumbo-jumbo and I was only interested in the next mac. I was in the design department, and in my spare time, I was creating album covers for local musicians. I could do this, not because I went to design school, but because I had a mac se30, and a good sense of design. This is how I got by for a period while I went out and played my music.

The mac was my computer because it was a perfect fit for a creative person. I went on to start using it to create animations in Flash, write HTML, work in Photoshop, create icons and images for the web, and begin writing the SLAB web system. I never would have done any of this if Steve Jobs had not created a computer environment was intuitive and well designed. It never would have spoken to me.

I will never cease be to amazed and inspired by what Mr. Jobs accomplished with his vision of a creativity machine. In our very small way, we want to follow his example in the way we write our software.

With the rest of the modern world, I express my gratitude.